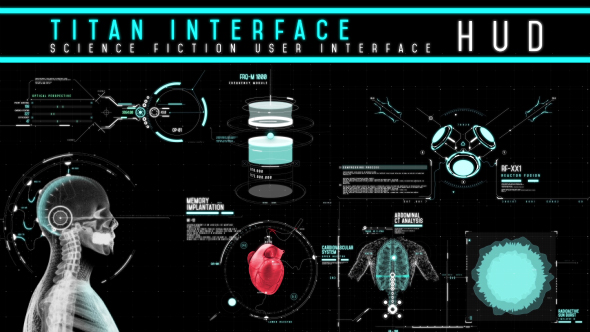 This is AE project file that gives you 265 unique elements. Divided in categories from advanced to modular elements gives you ability to create your own design. Each element has its own color control and option to change text. Easy to use with simple drag and drop principle. You don’t need any plugins for this project, u get collection of transparent animated and separated elements as a PNG file that u can easily use if you decide to create your own type of interface. Inside u have 30 min. video tutorial which gives detailed explanation of the project. Maximum duration of compositions is 30 sec. except some comps that are using PNG footage, they are 15 sec. long. 20 media placeholders and 130 txt placeholders. This project also includes Titan font with major signs and two intro/outro compositions that u have seen in the preview and separated logo animation.