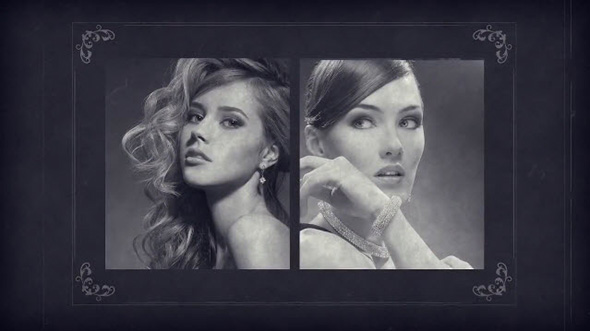 Hollywood studios in the 20’s thought movies would always be silent. Silly people. At least they had really cool title cards. This fun After Effects template is designed to look like the titles cards from those old silent films. It features 10 image or video placeholders and 4 editable text lines. Customization is simple. Drop your images into the timeline, change the text, and render. Hooray for Hollywood!