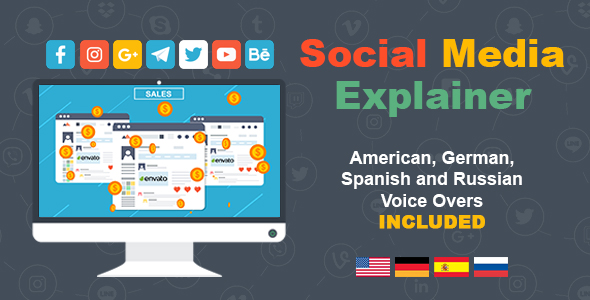 Main Features
American, German, Spanish and Russian Voice Overs INCLUDED!
Each scene is controlled by Customize layer, allowing you to change the color scheme just in few clicks
Universal Expressions (works with any AE’s language)
All texts are editable
No plugins required
Tutorial is included
Music are not included
After Effects CS 5.5 and above compatible
Can be customized in few minutes. Just place your logos and texts, and you’re done!