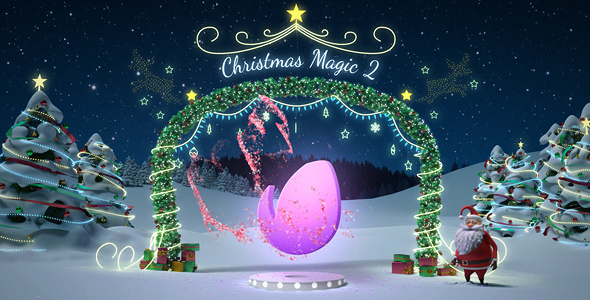 For After Effects CS4 and above.
Full HD Resolution – 1920×1080 / 24fps / 35 sec.
No plug-ins required.
Very fast render time. About 15 minutes on I7.
There are 5 placeholders. You can change the text in space, logo, text above the logo, everything in the final scene and the phone (a phone is included that can replace the logo)
Easily change the colors of the magic particles, other effects, lights, decoration, Santa’s cloths and motion line with custom controls.
Control for turning On/Off the 3D effect of the logo placeholder.
The logo can be replaced with texts, images, videos or a phone that is included. The same applies to the other placeholders.